For those interested in learning more about the theories, projects and models that inform Wellspring’s work, please see the resources below: 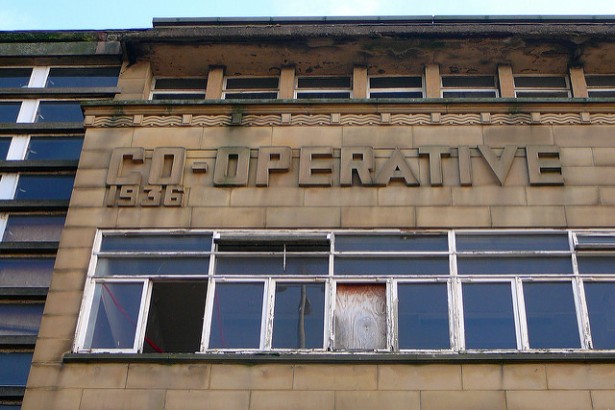 City governments are shaping up as key actors accelerating worker co-op development. It started in 2009 when the City of Cleveland accessed a federal guaranteed loan to help finance the Evergreen Cooperatives. Since then, nine more city governments have moved to promote worker cooperatives through municipal projects, initiatives, or policies because they want to reach people and communities often left out of mainstream economic development. Other city governments including Philadelphia are considering it now.

Getting worker cooperatives to the scale of being a real market alternative will take time, energy, and the sort of experimentation we are seeing from these ten cities. A recent Imagined Economy Project report, Cities Developing Worker Co-ops: Efforts in Ten Cities, explores how city governments are thinking about their strengths in making worker co-ops structural features of local markets.

Traditional economic development, said Madison, Wisconsin’s Ruth Rohlich in the report, “isn’t helpful in creating really healthy communities, financially strong communities, in an equitable way.” Worker ownership may be a way forward, and city experiences right now will help municipalities decide how worker co-ops may become long-term features of their economic development agendas. To commit to worker cooperative development long term, the cities will need to see modest growth in jobs and business ventures resulting from their current efforts and may benefit from input and insights from worker cooperatives as they continue to adjust their sense of best practices. (Read more...)

Cultivate.coop: Films and Videos on Cooperatives

Begun in 1956 in the town of Mondragón (in the province of Gipuzkoa, Spain), and now the embodiment of the cooperative movement, the Mondragon Corporation today boasts over 83,000 employees in 256 worker-owned businesses that serve four economic sectors: finance, manufacturing, retail, and education. A short video about the history of the Mondragon Corporation is available at this YouTube link.

The Evergreen Cooperatives of Cleveland, Ohio are pioneering innovative models of job creation, wealth building, and sustainability. Evergreen’s employee-owned, for-profit companies are based locally and hire locally. They create meaningful green jobs and keep precious financial resources within the Greater University Circle neighborhoods. Worker-owners at Evergreen earn a living wage and build equity in the firms as owners of the business. This YouTube video from 2010 provides additional information about Evergreen’s mission and planned businesses.

The Democracy Collaborative (University of Maryland)

The Democracy Collaborative was established in 2000 to advance a new understanding of democracy for the 21st century and to promote new strategies and innovations in community development that enhance democratic life. The Collaborative’s goals are to shift the prevailing paradigm of community development in the United States toward broadening citizen participation in ownership and workplace governance, stabilizing local communities, and ensuring equitable and inclusive economic growth that is environmentally and socially sustainable.

The Cincinnati Union Cooperative Initiative (CUCI) emerged in the wake of a historic agreement signed in October, 2009 between Mondragon and the United Steelworkers, North America’s largest industrial union, to launch union‐ cooperatives in the United States. The agreement opened the door for the opportunity for CUCI’s to create jobs that are family supporting and improve the local economy in the Greater Cincinnati area by replicating and enhancing the long standing success of Mondragon’s Worker‐Owned Cooperative Model by implementing the United Steelworker (USW) ‐ Mondragon agreement.